Hurry Up Comfort Records…jangly sounds from the north country!

You are here: Home / Bingham Willoughby

Maybe Not Today, Maybe Tomorrow, the debut release from Bingham Willoughby, on Hurry Up Comfort Records, introduces us to a singer-songwriter, at the height of his craft.  His songs offer us intimate glimpses into a world of hushed confidences, strived for goals, loss, and then hard-won redemption.  Confessional, raw emotions, intersecting with wry humor–sometimes in the same song–it’s no wonder that Bing’s lyrics have been described as “cinematic.”

“The mere fact that people have compared me, to artists who I consider to be rock-poets–I just find humbling.  Being told your guitar playing reminds someone of Johnny Marr or your lyrics make them think of Dylan–that makes all the hard work you put into writing and recording, really worthwhile.  The goal of every single person who makes a record is, for it to resonate with people on an emotional level, and when you’re presented with evidence that you’ve succeeded–it’s just very gratifying.”

The story of Maybe Not Today, Maybe Tomorrow, is a bit like one of Bing’s songs, in that it definitely was a discernible journey; from his tenure as a rock player, to the discovery of the challenges and rewards of acoustic performance.  When he started singing his songs, whilst self-accompanying, it opened the door to a process that was finally, fully realized in Maybe Not Today, Maybe Tomorrow.  And after several beginnings, Bing, finally ended up making it truly a solo enterprise.  He produced, engineered, arranged and played all the instruments on the album.  This was not so much a plan, as the aforementioned evolution.  He knew that, for the full distillation of this particular vision, his only avenue was to do everything himself.

“It might sound a little strange, but I felt that every aspect of this record, had to be my responsibility.  That’s not to say that I don’t respect the playing of other people, because I do, but for some reason, on an emotional level–I needed to say:  everything you hear–I did.  It made for a more complicated process, but I knew that when I was done, I could stand back and say:  at this particular time, this is the mark I have chosen to leave.”

Bing’s personal stamp is evident, in every aspect of Maybe Not Today, Maybe Tomorrow, from the chiming guitars, to the subtle brushwork and the atmospheric keys.  You can tell it’s the undiluted vision of one very creative person.

Maybe Not Today, Maybe Tomorrow, evokes memories of musical sounds from the past, from the warm, enveloping bass guitar to the otherworldly, bell-like tones of the Rhodes piano.  When combined, with the sound of his finger style acoustic, the production echoes a lot of great retro touchstones, while reworking them all into what can only be described as a modern sensibility.  This connected to Bing’s, at times, literate, lyrical preoccupations, end up providing the listener with a thought-provoking and evocative experience.  Some have equated listening to Bing’s songs, as feeling like they are being told secrets.  The secret being told is, that there is music and poetry dwelling, in our everyday experience.

“I strive in my lyric writing, to maintain a ‘conversational’ tone, because I feel the things we end up valuing and attributing meaning to, come from when we speak with others and the connections we establish.  I think of my songs as a two way dialogue between myself and the listener, and I place the utmost value in what the listener interprets the songs to mean.  I don’t feel that anything poetic, ever has an absolute concrete meaning.  I really feel that people’s impressions can alter over time, and I personally am very much against literal interpretations, because I feel that they are the root cause of some of our planet’s more dire problems. I’m happy when my songs allow the listener to arrive at their own conclusions, and I place the greatest value on what people evoke for themselves.  I get a thrill from what people have culled from my songs.  I’m just trying to tell some stories and have them create some impressions.  Not every story needs a ending.”

For more info on Bing go to binghamwilloughby.com 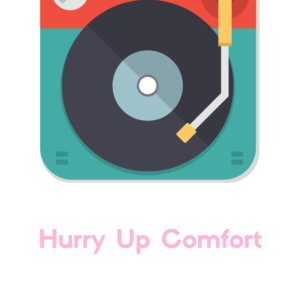 Into the woods! #niagaraescarpment #creemore #cree

Not much traffic today. Snowy, drifty & blowy on t

Foggy/frozen/icy! Another power outage but back no


Error: API requests are being delayed for this account. New posts will not be retrieved.

WELCOME TO THE RIDGE